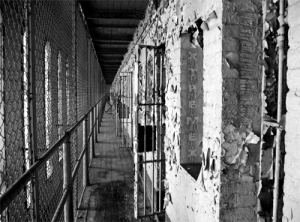 If anyone had asked me, I might have said I loved her, but I guess the hate was always bubbling beneath the surface. She baited me all the time: Compared my “assets” to those of my best friend, who, I was often reminded, had a “much better set.”   Mocking me for every mistake, large and small. Belittling me just because she could.

Maybe I should have just left, but when she’d torment me, she would always say, “Look at you! You aren’t man enough to do anything about it!” and because I knew she was right – I wasn’t man enough – I obeyed and did nothing.

She was beautiful and a bit exotic.   When I met her, I couldn’t believe a woman like that would be interested in me. When I’d ask her why, she told me I was her “diamond in the rough.” She would teach me how to be a man, and I believed her.

In the beginning, she doted on me and built up my ego. I didn’t feel like merely a man; I felt like “The Man.” Ultimately, however, no matter how much she tried to polish me, no matter how nice a setting she put me in, I was always the same old hunk of worthless rock. Soon, she hated me for it. She believed, if I’d only loved her enough, I would change. My apparent inability to grow a spine was a slap in her face.

In our dynamic, every time she gave me a challenge and I failed to live up to her expectations, she was elevated in my esteem; and I was debased in hers. With each of my failures, the chasm between us grew.

It was a brutal transition between her believing in me and her no longer giving a damn. I ached for those days. I still thought I loved her because I remembered how she used to make me feel.

She took so much pleasure in tormenting me, and I accepted it. I believed I deserved it. My thinking went: “At least she’s still here; at least I can still give her pleasure in some way.”

I was pathetic. I wasn’t even man enough to stand up for myself.

And then one day, I snapped.

My father had just passed away a few months before. I hadn’t had much contact with him since I’d left home years earlier. I had no use for him. He, too, belittled me from boyhood. At the time, I wouldn’t have said I was deeply affected by his death.

It’s funny, but I can’t remember the exact words she said that set it all in motion, but it was something that cut me so deep, it opened up all the wounds from my youth.   Every last scab had been ripped off and they were all stinging and bleeding again:  The existential fear of my own worthlessness.   The self-loathing because I didn’t have the confidence to stand up for myself.  The inability to trust my own judgment in any situation, thus deferring to anyone and everyone, and never having a voice of my own.

In that moment, I remembered the bullies who used to tease me, especially the day I came out of school to discover they’d set my brand new bike on fire. I remembered my father whispering to family members and friends, and them looking at me and laughing. I was never sure exactly what he was telling them, but I felt it had to do with my most recent failure at sports or at school, with the way I’d mishandled a chore or errand. Nothing – and I mean nothing in my entire life – had ever impressed him. Even when I got married to that beauty, he made sure I knew he didn’t believe she really loved me. She must be some kind of gold-digger, he suggested, then corrected himself. “Nah, you ain’t never gonna have enough money to make it worth any gold-digger’s time.”

“Maybe,” he then suggested, “she’s gonna take out an insurance policy on your life and kill you for the money” (the subtext being, “because what else are you good for?”)

She and I were standing in the living room, next to the fireplace. She was on a rant, haranguing me with the entire catalog of my flaws and weaknesses.  After a while, I didn’t hear the individual words; I just felt the toxicity of their intent.   I couldn’t breath. The poisonous cloud was enveloping me. I had to make it stop.

I picked up the heavy, metal mantle clock, and hit her with it on the side of the head She crumpled in a heap. Dead. Oh yes. Definitely dead.

Panicked, I ransacked the house to make it seem as if there had been an intruder, then I called the police and told them I’d found her this way.

It didn’t take them long to figure out the truth. She was dead and I was crying crocodile tears. I had motive and opportunity. It took about ten minutes at the station for me to confess the whole thing. I was actually relieved that it was over.

At least in jail, it would be free of her incessant emotional assault. In jail, I’d be a disappointment only to myself.

I forgot, though, about the bullies. Prisons were full of them.

I was in my own private hell. It was as if every torment in my life had been distilled to its very essence and applied here. There were no lessons to be learned, only pain to be avoided.

After about four years, with another 20 before I was even up for parole, I wanted to die. Ironically, in prison, they do their best to keep you from killing yourself.   They prefer you alive so they can take their retribution one cut at a time.

So I committed suicide by bully.

I knew what to do to provoke them, and they did me a favor of literally beating the living daylight out of me.

Next time, I hope to find the confidence to stand up for myself. It would be interesting to see where that might lead.

One thought on “Bully Bait”