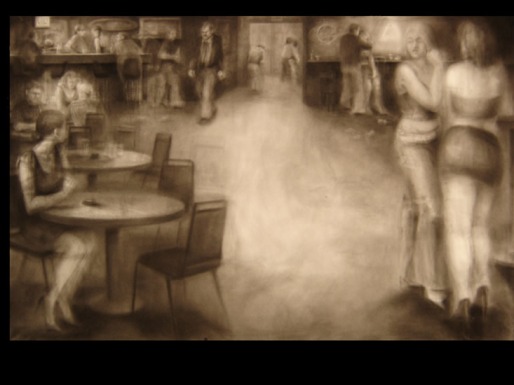 Sometimes, when you are hurting, you just want to be with someone who loves you. You don’t necessarily have to say or hear those words, because even unspoken; it’s understood. Sometimes, when you are sad and confused; flailing, near drowning, in a stormy ocean, you need an anchor; someone to keep you from drifting out to sea. You can put on a brave face to the world, but sometimes it’s nice to have someone to hold you when you fall apart, away from judgment.

I had a lot of close acquaintances in my life — people I laughed with when times were good — but there were not too many who took my confession. I protected my fragility well. Not too many breached my walls.

I grew older, one by one, they started to die, leaving a landscape pocked with gaping chasms of loneliness. Gone were those precious few humans whose souls resonated with mine; who knew where the shattered pieces fit.

Soon, there was nobody left who knew me; nobody left who could look me in the eye and see clear down to my soul. I was old and alone. I wasn’t sick, but at such an age, infirmity can overtake you in the blink of an eye – a bad fall; a cold that becomes pneumonia; a stroke; the wear and tear of time on the body and then the final straw that snaps the back. I lived in dread of that day coming upon me. I would end up alone in some awful place where they put old people to die, surrounded by strangers who would take care of my body while ignoring my heart.

I couldn’t let that happen to myself.

There was nobody left who cared enough to warrant a note or a goodbye. Most would just see a sad end to an old person who had nothing left to live for.

But that’s not really how it was. Not exactly.

I didn’t kill myself because I had nothing to live for. I killed myself because I wanted to leave before I lost control of my own story. I didn’t want to lose my autonomy. That would have been worse than death.

Once the death spiral began, there would be no pulling out. Worse, there would be nobody who would save me from the horrible end. There was nobody left who loved me enough to pull the plug, disconnect the tubes; nobody to slip me too much morphine so I could go in peace.   No, I’d have to ride it out, counting the minutes until it would all be over.

That is not a way to die. This is one of the greatest tragedies of modern man, but if you took a survey among the living, it wouldn’t even make the list.

Only a handful of people were at the funeral. Some relatives were there out of respect (respect for what, I have no idea). A couple of good-time pals from the old days (who weren’t looking too great, themselves) Some hired religious figure, who’d never met me, to say a few blessings.

If I’d had pills, I would have used them, but in the end, I did it with gas. I wasn’t brave enough for violence. I just wanted to go to sleep and not wake up. I was serene and sure. In those last hours, and just until I lost consciousness, I really missed my dearest friends. But this time, it was tempered with the joy of knowing I would soon be with them all again.