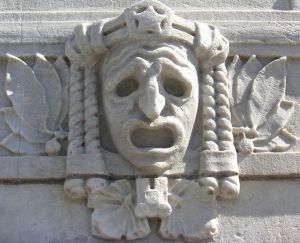 The pain was so deep and wide, for so long, I could barely think about anything else. I could not spare any compassion or sympathy for others. I could not learn any lessons except whatever things I might do to ease my suffering even slightly. With drugs, I was in a haze, couldn’t think rational thoughts, could barely move, but at least I didn’t have to think about the pain. I did try to avoid them in the beginning. I wanted to be in the world, even if it meant filtering everything through my wincing torment. But eventually, I just wanted the pain to stop, and if that meant perceiving the world through a narcotic haze, well, so be it. I could not sit comfortably. Walking was torture, even the few steps to and from my bed to the bathroom.

My body was deformed by my own choosing. I know this. But when I chose, the suffering was abstract. In the reality, in the forgetting, it was a torment which made me curse my life.

Even after months of receiving/writing these narratives, I am still wondering: it is possible to receive such stories from the dead (even if, in my own case, it turns out not to be so) or am I irrational to think such a thing is even possible?

Although I continue to resist facile, mystical explanations, I find the notions of communicating with the dead, of life after death, reincarnation, and metaphysics to be fascinating.   There is so much evidence “proving” this point of view, that as a spiritual belief, life after death actually seems more logical and reasonable than the notion of bleak eternal nothingness. In fact, while there is plenty of evidence and documentation of reincarnation dating back millennia, (ancient religious traditions, stories of previous lives with corroborated details, studies, books, past life regression, etc.), there is not a shred of evidence to prove bleak eternal nothingness (BEN).

Those in the BEN camp often mock spiritual believers, holding themselves intellectually above them. As logical, scientific human beings, they believe only what can be confirmed by evidence. To them, anyone who believes otherwise is a fool. And yet – and here’s the delicious irony — it’s actually the BENnys whose theological beliefs are based faith alone. There is no evidence (and never can be) of their doctrine, because the negative cannot be proven. Without proof, their own beliefs are simply a matter of what feels right to them. Thus, they have no “moral right” to point fingers at the “gullibility” of the other camp..

The more I read about these subjects, the more fascinated I become. Evidence of the spiritual realm is so overwhelming, even if 99% of what has been written can be debunked by known science, the remaining 1% still forms a huge heap of corroborative evidence.

I have fallen down the rabbit hole, and the deeper I go, the less I want to come out.

I do not think I’m a crackpot or a nut job, but I suppose that’s a matter of opinion, depending on whether you agree with me or not. But if not, please reread the previous paragraphs! 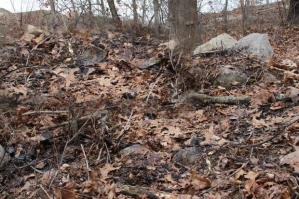 He murdered me. Stabbed me to death, alone in some dark place; a basement, I guess. My life was already a mess. I knew at the first hint of danger nobody would come looking for me. He held me there, a prisoner, for three days. That was a terror I hope never to live through again.

I wavered between wanting to die quickly (when it seemed obvious I wasn’t going to be able to escape) and defiance; showing a strong will and determination to get myself out of there. He seemed to enjoy manipulating my emotions like that. He would pretend to relax his vigilance to give me false hope, but in fact, he was in total control the entire time. This was his game. It was no fun for him when I was too passive.

By the end of the second day, I was too weak to fight. I drifted in and out of consciousness. He gave me just enough relief to prevent me from dying too quickly. That’s why he took me in the first place.

He got back into his car and drove towards home, stopping in a small store to buy himself some snacks and beer. He was calm and relaxed. Nothing about his demeanor said “I have just murdered someone, and I enjoyed it.”

I watched him, knowing he would get away with it, willing his car to crash but not having the power to make it happen.

I follow him still. I try to cause him whatever discomfort I can but he seems oblivious. His need to torture and kill is so loud, it drowns out any subtle voice or message.

Instead, I try to warn other women away from him. I have succeeded in a few instances. I gave them “the willies” – made them feel anxious and uncomfortable around him, enough so they wouldn’t go home with him. But not all of them listened. Some felt the hair on their necks stand on end but ignored the sign because they needed the money too badly. Or, like him, something louder (or whatever drugs or drink they used to quiet it) made them immune to their inner voice. If they had followed their intuition in the first place, their lives probably would be on a different track.

This was not how I’d expected it to end for me. It wasn’t the lesson I’d set out to learn, but I strayed off my path early on, and soon there was no redemption for me. So many missed opportunities; so many lost chances. It might all have turned out differently.

So, I try now to save others from the same fate. Do they hear me? I don’t always know; can’t always tell but I keep at it as a kind of penance.