A Footprint; a Legacy 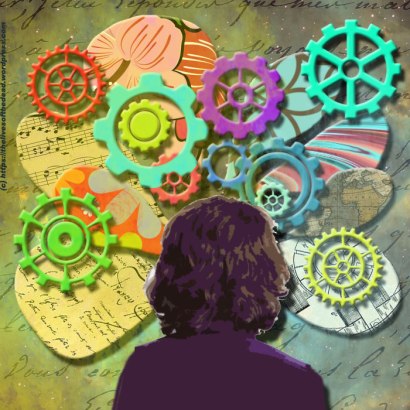 When I was young, I was sure I would someday come to wide acclaim. I was certain my genius would be recognized by a great number of people. I imagined my work being discussed among the intelligentsia at cocktail parties in distant cities, long after I was dead.

I expected I would soon be able to earn a living through my own work and never have to trade my labor for a wage.   I wanted to be paid very generously, not because I needed to be rich, but as proof of how much others valued my talent.

I never doubted that this would eventually come to pass. My own self-worth was never in question.

For decades, I worked hard to make a name for myself. I honed my craft. I charmed and cajoled to get my work seen, produced, written about. Generally, I received excellent reviews. Sometimes, here and there, I made a big splash but it never turned into a tsunami.  I still had to work for others in order to support myself.

I watched others succeed in big ways. I cannot deny my resentment. Many rose to the top because of who they knew or because of family money or because of who they slept with. Fame requires a cleverness at selling oneself as a commodity; a willingness to do the bidding of those who can grant favors;  a strong inclination to push aside whoever and whatever stands in the way.

It was one thing to put myself out there, but I was unwilling, on principle, to whore myself. I believed my work deserved to stand on its own.

For decades, I felt myself to be on the cusp of being discovered, but eventually it became too much of an effort to chase elusive, ever-receding fame. This requires the unbridled optimism, energy and naiveté of youth.  There was already a second and third crop of hopefuls behind me. My window had closed.

I never stopped creating.  Until the end, I had a small group of admirers, many of whom were strangers to me, personally. I learned to be satisfied with this. My audiences grew smaller but I became more grateful for each and every one. Once in a while, I’d get a letter saying how much someone had enjoyed my work, or how it had influenced their own.

I suppose, in the end, that’s all an artist really wants. To leave a legacy. Our work is our contribution to greater human understanding.  We want our footprints to remain after we have moved on.