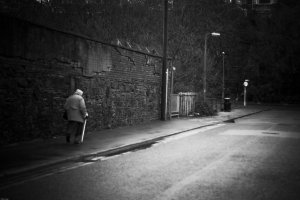 I didn’t start out being depressed. It just came upon me insidiously and gradually. I stopped caring about the little things and soon, I no longer cared about the big things either.

I’d never felt much compassion for depressed people. I thought it was self-indulgent to wallow in one’s own misery. Get up! Go out! Help another human being! Get a hobby! Take a new lover!   To me, depression was a result of a sense of loss of control of one’s circumstances. The only way to shake off the feeling was to regain control, in any way possible, even if it meant shifting one’s expectations; setting a lower bar for what was considered “success.”

This theory had worked for me for most of my life, but then, perhaps as a result of my age or my hormones, I no longer felt I had the ability to control my life. Either I wasn’t physically able or because I no longer had the time to master something new or because I didn’t have the connections to those who could help me.   When I was young, everything was possible. As I got older, I realized I would never learn to ski or climb Kilimanjaro or sail down the Nile.

In any case, my usual remedies stopped working. Every day, I felt less able to shake the sense of hopelessness. I had friends, but they had their own problems. Ultimately nobody cared if I left the house or not; if I wore the same old clothes day after day or if I dressed to impress; if I ate right or if I subsisted on a tin of sardines and  some crackers. Nobody cared more than superficially if I was happy or blue.  For while,  I followed the news and latest technological and scientific advances so I could remain current, but nobody cared what I thought or had to say. Only the opinions of young people mattered. The world was moving so fast, and I just didn’t have the energy to keep up.

I felt increasingly isolated. Perhaps some of this was my own doing. I withdrew, and as I withdrew, nobody seemed to notice. And the less they noticed, the more I withdrew, until my world was sad and small. I lived with the realization that I was nobody special and never would be, despite believing all my life that I had something unique to offer.   My problems, my needs, my feelings were of no significance to anyone.

My death was slow and by a thousand cuts, as is often the case. I gradually took less care of myself until the cumulative damage did me in. I never had the nerve to kill myself, but I was relieved when the end finally came.