Sooner Than You Think 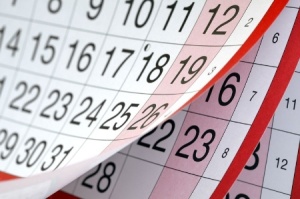 Well, tomorrow finally came, and here I am.

I put off almost everything I dreamed of doing until it would be more convenient; for when I’d have more time, more money, more bravery than I currently possessed. That I would eventually run out of time or energy or opportunity was such an abstract concept that it had virtually no meaning.

Equally abstract was the notion that I could ever actually have or do the things I’d always dreamed about having or doing.

My dreams existed only in the future.

“Someday” became tomorrow. Tomorrow became next week. Next week became next year, until one by one, the windows closed for me on all my dreams.

I never completely threw myself into any of those pursuits.  In my heart of hearts, I never believed the things I most wanted were possible. I didn’t think I was good enough to deserve them. I didn’t believe I was clever enough to grab them and hold on to them, even if they were within reach.  It was easier and safer to simply fantasize, and perhaps blame others, or circumstances, or even some completely unrelated flaw in myself for my unfulfilled dreams.

I never started my own business, which I’d always fantasized about. Instead, I stuck with my boring but reliable job until I finally retired.   It was the safe choice but of course, I have could have achieved my dream unless I’d been willing to take a risk. Which I was not.

I never traveled to all the exotic places I thought I wanted to go; never explored the world. Truth was, I barely ventured out of my comfort zone. I never went to places where I didn’t understand the language.   I worried that I wouldn’t be able to communicate; that the food would be too strange for me to eat; that I wouldn’t understand the money and end up being taken advantage of.

I always wanted to learn to play a music instrument. Maybe piano. Perhaps guitar. In my fantasies, I was quite good. I would entertain my friends at parties.   But in truth, I never took a lesson. Never stuck with anything long enough to even get past the most rudimentary familiarity with a chord or a scale.

Most problematic of all, I never really found love. None of those other things would have mattered if I’d given up those pursuits in exchange for another person’s happiness. But that was not the case.

I had several long-term relationships, but the longest one lasted only about seven years. Never a lifetime commitment and all that entailed. Maybe I never met the right person. Maybe I was never ready for it. Maybe I was not open to it. Maybe it was simply not my destiny in that life. I still haven’t figured it out.

I thought I loved a few, but looking back, although some relationships were passionate, they were not really loving. I felt no deep commitment in any of them. I was content as long as things were going well, but as soon as things got rocky, I saw no point in sticking around. I’m not even sure that more of a commitment on my part would have made any difference. Let’s face it, sometimes, you just have to cut your losses. But then, sometimes, you have to see it out past the bad or inconvenient stuff and hope it turns a corner.   I was never good at knowing which was which, nor very patient at waiting to see how it would play out. Perhaps the right person might have inspired me to put it more of an effort. Perhaps I was the one who needed to be the inspiration.

I lived a small life; didn’t learn as many lessons as I could have, should have.

The main thing I’ve come to understand is that fear is the enemy of everything good.