Two Fall to Their Death 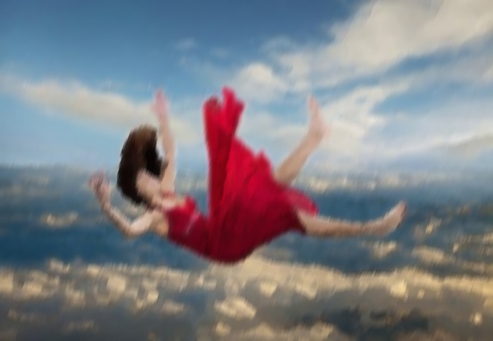 It’s the late afternoon and I am so exhausted, I lay down for a nap but I do not fall asleep. I have the same experience as before – the sense of being in a place and being shown a story.

I am on a large outdoor dining patio, outside a restaurant near or at a national park or state monument. It’s not a fancy place; just a casual dining area where families come for lunch after seeing the sights. The patio is cantilevered out over the side of a deep ravine or chasm, and offers an incredible view of whatever monument people have come to see. I try to see what that is, exactly, but it never becomes clear to me.  My area of sight is limited to just the patio, the railing, the chasm below.

I kept trying to figure out where I am.  The railing and drop remind me of Snoqualmie Falls, WA.   The patio reminds me of Pena National Palace in Sintra, Portugal.  But it’s neither of those places. I sense it’s in the USA. Mentally I am running through the names of every park and national site I can think of, to see if I get a positive feeling about any of them.  It’s as if I’m mentally asking, “Is this it?  Is this it? What about this?”  But none of them return a strong “yes.”

Then I sense the presence of a woman.   She wants me to know something.  I know this entity is female but I have no sense what she looks like — not her age,  race, height, weight, hair color.   She “tells” me that many years ago, she was here on vacation with her family. They were taking photos. As  she leaned back against the railing, it gave way. She plummeted hundreds of feet to her death on the rocks below.

On her way down,  she explained,  she knew what was going to happen, so she astrally projected out of her body before she hit. She said she was  able to watch herself crash on the rocks, but she felt nothing. No pain and no sadness.

I asked what year it this was. I “felt” it was sometime in the 1970s but can’t be sure.   I asked her age. No response.  She’d said she was there with her family, so I asked if she was mother or daughter.  I asked her name. I tried to get some kind of visual on her.  I got no feedback on any of those questions.   And then she was gone.

I’m still not sure where these stories are coming from.  If I were writing them myself,   I would have given her a name; described her and her surroundings, made up a year and a place, but the story  “resists” my input.  When I ask questions, it’s like trying to fit keys from a big pile, one by one, into a lock. Sometimes,  they click.  Usually not.

The next day, another quick story passes through my head:  I “feel” a Jewish man from my grandfather’s generation. He is  originally from Kiev. Came to New York with his wife, before the war. They settled in the Bronx, and opened a butcher shop.  (I can see the store — it’s old-style, with clean white display cases.)   He “tells me” he  died after a fall down the stairs into the basement of the store.   He hit his head and the next day, died of complications from a concussion (which was shocking and mysterious to his family, because he hadn’t mentioned the fall to them.)

Well, these stories are certainly more interesting than just  a bunch of names, thank you very much!   I open myself to the possibility that they are, indeed, some kind of  spiritual communication from Il Mondo Beyondo, and invite more in.  And boy, do they come!

M says, there probably are not too many people alive who are willing to listen to the dead, so when a channel opens up,  they line up to tell their stories.  So I’m like, what?  The podium at a town hall meeting in the afterlife? 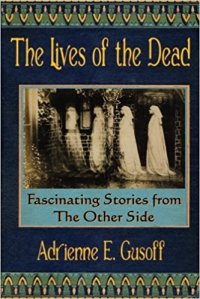