Archive for the category “justice” 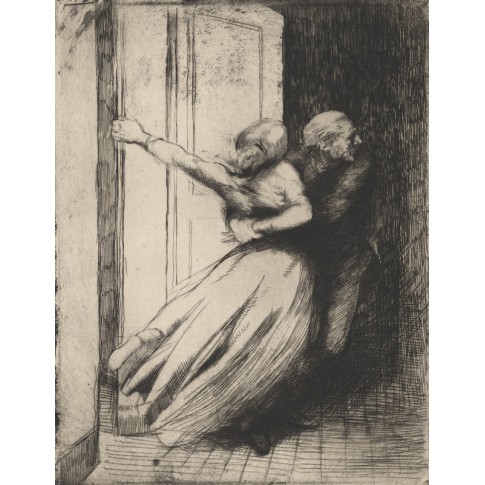 I was fourteen years old when I was caught by the police getting into some boyhood mischief. My mother was summoned down to the station to deal with the problem. (My father had already abandoned us almost a decade before and so the full responsibility of raising a “wild child” fell to my mother.)

In this time and place, there was no real system of justice. If you could pay off the police, they would let you go. If not, you might remain in jail for years over a minor infraction, or even what the police only claimed was an infraction because it always came down to their word against ours.  If a constable didn’t like you or your kind, he might nick you over nothing, and if you couldn’t pay, well, your life was already ruined.  The prisons were filled with my kind.

We had very little money.  My mother worked whatever jobs she could find — low-wage women’s work such as cleaning, washing, preparing food. She could hardly afford what the policeman was asking to overlook my “crime.” Instead, she made a deal with him: she would bring him meals and wash his clothes for a year if he let me go.  He agreed.

He let me out of the cell and reunited me with my mum, then escorted us out of the station. And in a dark corner of the alley beside the building, he raped my mother while I watched just to be sure we both knew who held the power.

This singular act forever altered our lives and our relationship.  I could never get the image of him pushing his way into her out of my mind.  Nor her tears through her pain.  Nor her humiliation. I could do nothing to stop it.   The guilt gnawed away at me.  If I’d just behaved myself, as my mother had raised me to, she would not have had to endure such shame. When I wasn’t feeling guilty, I was angry – at myself, at the police,  at the way things were for poor people,  and irrationally at my mother for letting him get away with it; for not fighting back.

I left home at 16.  She didn’t try to stop me.  It was better for both of us that we did not have to see each other every day – a relentless reminder for both of us of  that which could never be undone. Only when I was older, could  I imagine what she had been feeling – about herself, about me, about the police.  I’m sure her anger, shame, and guilt were as great as mine.

I moved far away and did not see her very much over the years. For the rest of my life, I managed, for the most part, to stay out of the eyes of the authorities. I had no choice.  I knew if I’d had an encounter with an officer of the law,  I likely would not have been able to contain my emotions. I would have suffered greatly for whatever actions I took in that condition.

When I was 47,  I got word that she was dying.  I traveled back to sit by her side during her final days.  I needed her forgiveness before she passed.   But before I could beg for absolution, she used the little precious energy she had left to beg for mine.

I was confused.  Clearly, I was the guilty one — the one who bore all responsibility for both the original incident and the subsequent dissolution of our relationship.  But she didn’t see it that way.  She felt she’d failed me as a mother.  She was ashamed that because of her failure as a wife and parent, I had to witness her humiliation. And so, in those last hours of her life,  we reconciled and forgave each other and ourselves.

If you are enjoying this blog, please click the link above to subscribe and receive posts via email (new posts every three days). When you think of others who might enjoy it too, it’s easy enough to help spread the word! Post your favorite stories to social media. Email a particularly apt link to a friend. Even better, talk about the concepts with others (whether you agree or disagree. )

Also, I have just started a discussion group on Facebook, for conversations about any of the concepts/issues in the posts. Honestly, these are things in here which I don’t fully understand myself. I would love get your thoughts on this…even if you think this is all a bunch of hooey!